This is to be held on 13th November at Bromley Library and we congratulate Jean on her success.

When members are given a theme they chew on it. Sometimes we have the same idea for a poem to read but we tend to avoid the obvious and there is remarkably little duplication.

This theme was open to a wide interpretation and thus, not only did we have Yeats’ ‘An Irish Airman Foresees His Death’ but also a Japanese Haiku sequence and an excerpt from the ancient work ‘Eighteen Verses Of A Tartar Dynasty.’ by Cs’i Yen.

This sounded so fresh it could have been written yesterday. 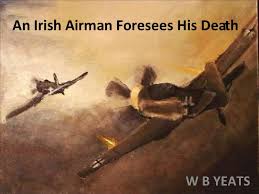 This was a very well-attended event which was fortunate as we had, for a long time, planned to renew our group photo.

Isabel’s husband, Simon, kindly turned up with his camera and almost wore our smiles out with multiple ‘takes’ The chosen photograph is now our masthead and we are very proud of it.

So many different voices and so many admirable poems, delicate, funny, thoughtful and just plain well-expressed.

Thanks to Isabel for organizing the event and doing all the typing!

The enjoyment of this event was evidenced by the uumh noises that are emitted when poetry makes its mark.

Poems were also read by members who write but are not members of the Writer’s Group – one poem each.

It has already been mentioned that Nola won this year’s Ripley Poetry Prize. Here’s the poem.

It came unbidden into homes worldwide
of anyone who happened to be switched on:
the motorcade as it wound its way
down Elm Street by the Book Depository.
In Jesmond it stopped short, a Friday afternoon
at the deflating end of day when
little air was left in the balloon –
enough to cook some supper, fish to fry,
wine to uncork and then sprawl on a sofa
to watch grainy footage of World War 1.
But long before we got to that there was
a scream, a girl, an Aussie cry –
raw as a dingo caught in an iron trap
icing blood in our veins, riveting feet –
howled without words or tears
the purest wail we’d ever heard
and yes, the President was dead.

We are delighted to welcome three new members to the Circle all of whom write as well.

While there is a strong core of regularly attending members it is always good to have ‘new blood’ so we are pleased to have Loraine Saacks, Jenny Saville and Adele Radelat in our midst. We also welcome the return of Kathleen Mustoe.